All the Android versions

Google is constantly working on new versions of the Android software. These releases are infrequent, about once a year.

Versions usually come with a numerical code and a name that’s so far been themed after sweets and desserts, running in alphabetical order. 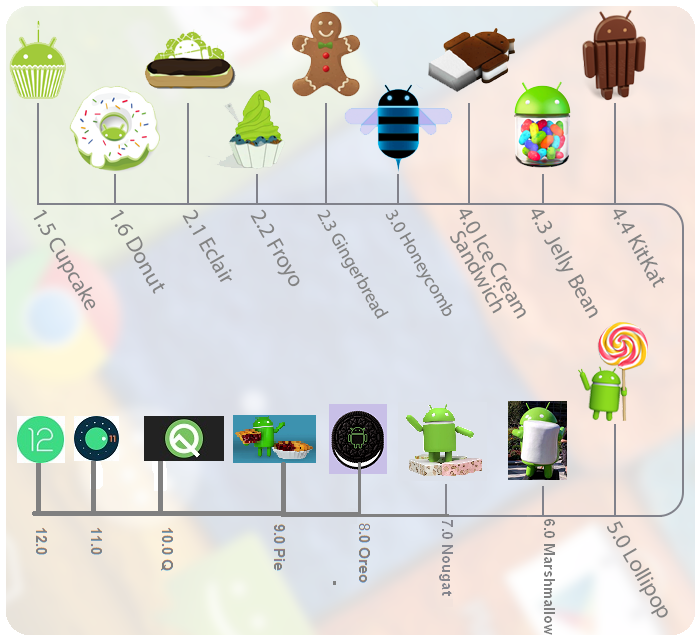 How do I get an update?

Android updates are normally received OTA (Over The Air), that is, sent directly to your Android phone without the need for a computer. Normally, once your Android phone or tablet is due to get an upgrade, you'll see a notification in the bar at the top of the screen. You'll then be prompted to connect to WiFi to avoid incurring extra data charges - updates can be quite big and downloading them over a mobile data connection isn’t advised as it may result in expensive data charges.